Larry Lockridge is author of books and essays on critical ethics and the European Romantics, a biography of his father, and four forthcoming short satiric novels. To date he is best-known for the prize-winning biography, Shade of the Raintree: The Life and Death of Ross Lockridge, Jr., Author of Raintree County (Viking, 1994; Penguin USA, 1995; Indiana University Press, 2014).

Born 1942 in Bloomington, Indiana, Lockridge spent his earliest years on Mountfort Street, Boston, where his father was writing an ambitious novel, 2,000 pages in typescript, which he toted off in a large battered suitcase, with no advance warning, to Houghton Mifflin's receptionist in spring, 1946.  Among his son's earliest memories was the drone of a typewriter as the young writer labored evenings in quiet ecstasy on a novel he hoped would be acclaimed as The Great American Novel. Falling into a deep depression after a convergence of circumstances unknown to the public, Ross Lockridge, Jr. died a suicide in early March, 1948.  Though largely forgotten now, he was a big deal then, and his obituary was carried on page one of The New York Times.

Tempted by careers in piano and mathematics, Larry Lockridge decided reluctantly that his greater aptitude was in literary studies.  Majoring in English at Indiana University. Bloomington, and graduating in 1964, he received both Danforth and Woodrow Wilson fellowships and was off to Harvard, where he completed his doctorate in 1969.  A good part of those five years was spent not in graduate seminars but at political protests, always excuse enough to duck out of class. Harvard professors then didn't seem particularly interested in teaching anyway.  An instructor in Latin walked in with his back always to the class, faced the blackboard for the entire hour while indignantly correcting Loeb edition Latin, and exited not having established eye contact with anybody.

Lockridge specialized in Renaissance literature at Harvard but wrote his doctoral dissertation on Coleridge, innocently thinking he could still spend the rest of his days teaching Shakespeare.  But the dissertation topic meant he could be hired only in Romantics, whom he speed-read before reporting as a bona fide Romanticist at Rutgers University, New Brunswick, in 1969.  He and his newly hired fellow assistant professors continued to be more engaged in political protest than in writing scholarly articles for PMLA.  So he published nothing at all until Cornell University Press published his entire revised dissertation in 1977.  This was his ticket back into academe, helped by a prominent review in TLS, and he accepted an associate professorship at New York University in 1978.  There, he taught courses mostly in the Romantics and the history of critical theory until his retirement in 2016.  Since then he has launched a second career as a novelist.

Along the way he was recipient of a Guggenheim Fellowship for work in critical ethics, an NEH summer stipend, the MidAmerica Award for his 1994 biography, an NYU teaching award, and is a fellow of the New York Institute for the Humanities.  He takes special pride in the Suicide Prevention Award he received from the American Suicide Foundation in 1995, landing him a write-up in People magazine, no less.

"Mindful of all kinds of disaster, this is a novel of deep comedy, energy, and chastened joy. I strongly advise you to ride out any tsunami on the backs of Lockidge's sea turtles." 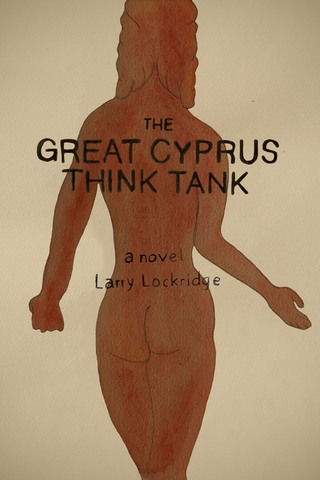 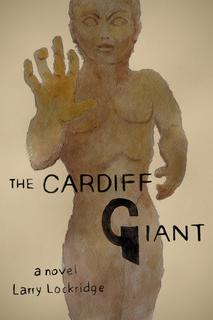